The purpose of this letter is to confirm, in writing, your acknowledgement of the presence of servers and computers (Annex A) running an unsupported version of the Microsoft Windows operating system on your infrastructure and that you are also aware of the associated risks.

In addition to the huge security risk that running an end of life operating system poses, most software vendors will stop supporting their applications on these operating systems as well, which means your third-party software could potentially not function properly or not be eligible for any future upgrades or updates.

We therefore highly recommend you to upgrade the operating system of these computers, or replace them outright, before the end of life dates. Even a single computer running an unsupported OS could be used to gain access to your entire network or cause additional complications and restrictions with your existing software.

For MSP to continue offering support, although limited, for your infrastructure we request that you sign and return this document confirming that MSP will not be held responsible for any losses relating to running unsupported operating systems as you understand this exposes you to an elevated risk to cybersecurity dangers, such as malicious attacks or electronic data loss. Additionally, all issues arising from running an unsupported operating system will not be included in our managed service agreement and will be billed separately hourly.

Simon is the President of S3 Technologies, a leading Canadian MSP he co-founded in 2003. He built and scaled the vCIO team which eventually lead to him co-founding Propel Your MSP in 2018 to help MSPs with their vCIO services. We all know that compensation is a driver of behaviour. Choosing the right objectives to give bonuses to vCIOs is 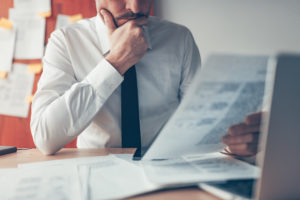 IT Roadmap & IT Asset Lifecycle Management

book a demo
Book a Demo Propel Your MSP is a software development company that creates SaaS-based Apps for the MSP market to automate the IT Strategic Planning process.